“She may not win any beauty contests, but the Alteran Mule will get you where you need to go faster than any other ship on the market. Guaranteed!”

This ship was designed to be a more affordable version of the Gallant Treader, and while succeeding in this endeavor, the process by which it became more affordable resulted in major cutbacks. The ship is neither majestic nor slim and sleek. It is however, fast and possesses a larger cargo capacity than its competition.

This ship has no capacity for stellar warfare and yields an even lesser means by which to defend against it. As such, this ship is useful to traders that have already mapped out a quiet and safe trade route where the likeliness of enemy attacks is little to none at all. While it may be large, slow, and aesthetically unappealing, the ship’s slogan still rings true. “Get the job done, for a fraction of the price.” 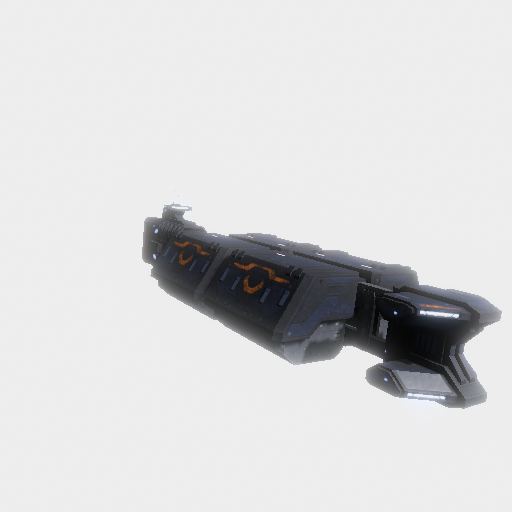