Volcanic planets provide a gas resource output that is second to none. They also have a strong ore output, as well. The downsides are that the climate is violent and harsh. The conditions are not suitable for anything not using life support. Colonization here is not a profitable or wise choice. Production prospects are excellent for gas and ore, but any equipment or colonists that are sent to the planet surface as gambling with their lives and their funds.

Volcanic worlds are composed of elements such as basalt and sulfur. Their surfaces are littered with active volcanoes that constantly spew molten lava and noxious gases into the atmosphere. It is not uncommon to find over a thousand to two thousand separate and active volcanoes on such a world. The volcanoes on these worlds are unique in both their size and shape. The volcanoes found on this planet type are referred to as “pancake domes,” or “shield volcanoes.” These massive natural structures can be as high as 10 kilometers. The pancake dome volcanoes can cover a diameter spanning several hundred kilometers, but are relatively flat in their shape.

The function of volcanoes on these planet types are different than volcanoes encountered in temperate or mountainous planets. Because volcanic worlds lack tectonic plates and seawater, the volcanoes formed here are sporadic in their placement. Volcanoes on tectonic worlds are formed along plate boundaries as a result of two plates sliding under or above one another. Here, these volcanoes form above stationary mantle plumes, which can occur anywhere on the surface.

The Keth use these worlds for their resources, but also as training grounds. The conditions are harsh, and the world itself is dangerous. These worlds are used as a place for young Keth warriors to complete their rite of passage. Each warrior is thrown onto the surface of the planet with nothing but life support and a basic weapon. That warrior is to survive for a certain amount of time, and return not only alive, but with a kill. If one fails or is forced to leave early, he or she must do it again.

In short, these planet types offer potential resource growth, but are not suitable for colonization or long term production. The recommendation is to use these worlds for a quick boost in production, but it is not wise to depend on them. 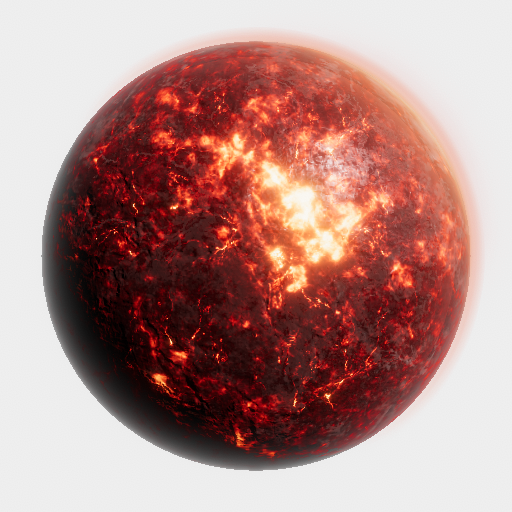