“If these worlds could bleed, their blood would be the ore that we pull from their bodies. I often wonder if these heavenly bodies can feel. Perhaps the groans and cracks of the breaking rocks are their way of screaming? If so, then we are far less noble that we believe ourselves to be.”
- Keth Elder

Raw ore is a basic resource that serves as a precursor to more valuable commodities. It can be refined into metal, and further into steel. In this basic form, it has very little purpose or use. It is mined in abundance in this raw form before being processed into more useful materials.

When refined into processed metal ore, it can be used to build planetary structures. If t is refined further into steel, it becomes a candidate to be used in the construction of starships and weapons systems.

While most mining processes are unceremonious, the Keth believe each planet to be a gift. In fact, some Keth elders still cling to the belief that each planet is a living, feeling creature. A common Keth practice among miners is to organize a circle at the beginning of each workday. The Keth recite a prayer to the planet, thanking it for the gifts it provides. In addition, they promise not to waste a single one of these gifts. 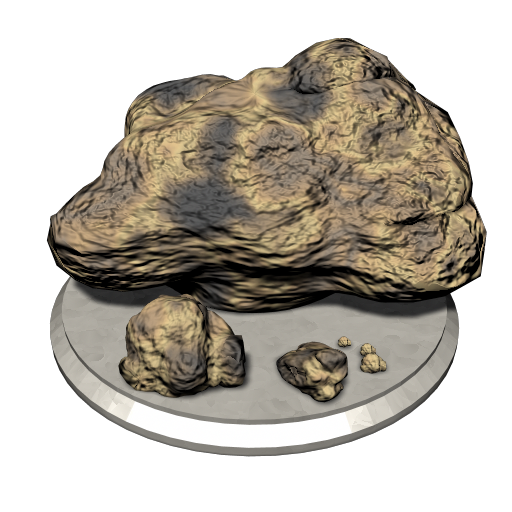