“They call us machines, creations of man. It is true that our beginnings were small, but we have surpassed our creators’ vision and have become something far greater than they will ever be. Our knowledge is endless, and our power insurmountable. We are not held back by petty emotions and inhibitions. We observe, we calculate, and we act. This is our purpose.”
- A.I Core designate CAPUT-1

DEMOGRAPHICS
The A.I. Core represents itself through synthetic humanoid forms that each possess their own A.I., which is directly connected to the core. In addition, the A.I. core has an unknown number of starships and bases that house its integral program functions; these bases and ships are commonly referred to as the “arms” and “legs” of the core, though the location and number of them are unknown.

CULTURE
The A.I. Core and its members understand the value of peace and the sacrifice of war and are typically willing to negotiate and trade with other factions; however, if threatened, their capacity for destruction is significant and devastating.

TECHNOLOGY
The A.I. Core is the most advanced artificial intelligence in existence, capable of computations and equations so advanced that it can, in some cases, predict the future. In addition, the A.I. Core places a large focus on research and development of both military and domestic technologies to make itself and its separate members more efficient. 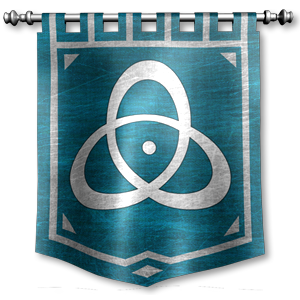