“Humans are weak, their bodies frail and their minds dull. We have the power to change that. It is our responsibility and our duty to use that power. We live longer, fight harder, and think better than any other species in the galaxy. We were once human, it is true, but now we are something far greater. Any who stand in our way will be crushed by our marching feet. If they are not willing to change, then they do not deserve to survive.”
- Horde Folktale

DEMOGRAPHICS
The Horde were once human, but have evolved into barbaric monsters through generations of genetic alteration and splicing. Because their physical appearance is quite disturbing to members of other factions, and due to the fact that they are capable of space travel to distant worlds, the Horde are nomadic in nature and do not have a home world to call their own.

CULTURE
To say that the Horde have a culture is to say that a moon rock has feelings. The Horde are solely focused on constantly evolving and changing themselves to better survive space and the harsh environments they encounter.

TECHNOLOGY
Technology is a word that only loosely applies to Horde endeavors; the focus of their advancement is solely internal and biological. Their advancements tend to change the genetic structure of their bodies and their ships, which are organic in many ways, as well.

TRADE
The word trade seems to be outside the vocabulary of the Horde. Being that they are currently at war with all other factions, they tend to take, instead of trade with others. 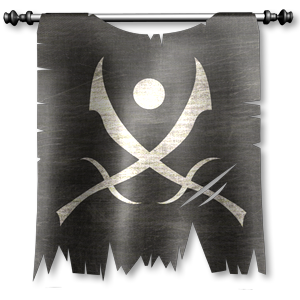