“We are a group of like-minded individuals who have come together to create a peaceful and cooperative nation of worlds. We protect our own from those who would threaten our way of life. Make no mistake – we will strike down any and all who would disobey our laws and threaten our own. We do not back down, and we do not run away. We are the Imperium, and we will never die.”
- High Council Archibald Greaves

DEMOGRAPHICS
The Imperium is composed of like-minded human colonies that all share a common goal of peace and efficiency in the universe. Laws among the Imperium are strict and unwavering, with punishments ranging from exile to federal bounties placed the on the heads of lawbreakers.

CULTURE
The social structure of the Imperium is tightly woven and adheres to strict guidelines, in which citizens are encouraged to weed out smugglers and lawbreakers, and are rewarded for such practices.

TECHNOLOGY
The Imperium takes technology from many different societies (the A.I. Core included) to further their goals of peaceful domination.

TRADE
The Imperium and, by extension, human beings have gained success through frugal business transactions and favorable trades with other factions and races. Citizens are strictly forbidden to trade with smugglers, lawbreakers, or factions that are currently at war with them, including Horde, Syndicate, and Keth. 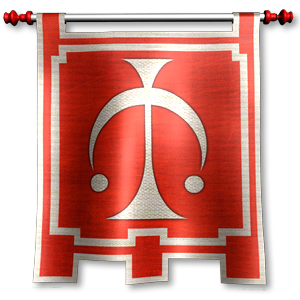